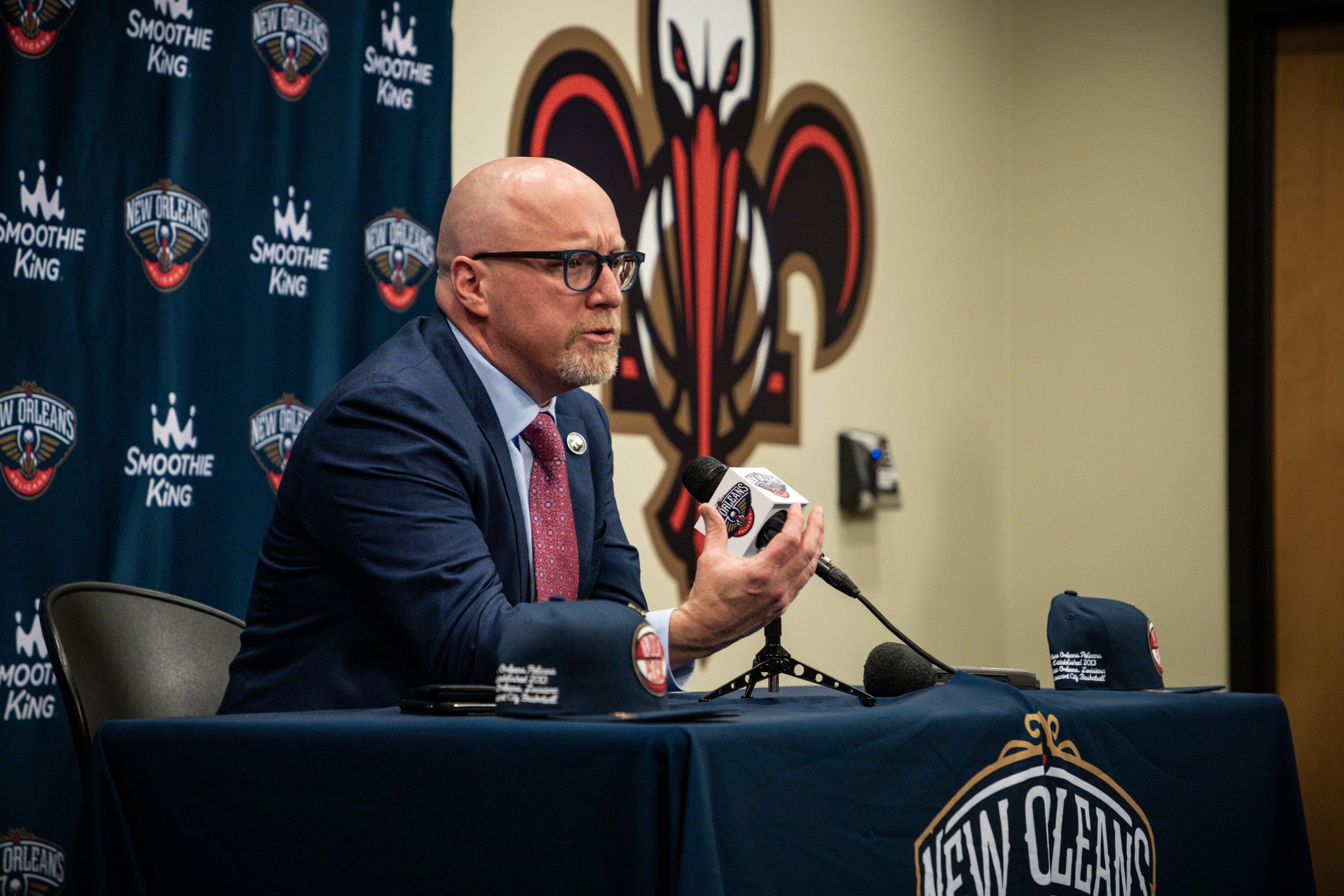 Rob Pelinka, is this a sign of things to come for you in Los Angeles?

In a talk with Sports Illustrated recently, New Orleans Pelicans GM David Griffin detailed some of his struggles working with the Cleveland Cavaliers building around LeBron James and what he had to say wasn’t pretty. Apparently, Griff knew he was going to leave after the won the championship and no bag was big enough for him to stay.

He also mentioned that James is preoccupied with other things and that his killer mentality days are now behind him:

“Everything we did was so inorganic and unsustainable and, frankly, not fun. I was miserable. Literally the moment we won the championship I knew I was gonna leave. There was no way I was gonna stay for any amount of money. I didn’t watch the league, and I didn’t love the game anymore. I was so fixated on outcome that I just totally lost my joy.

Of LeBron’s mentality to win:

There wasn’t a lot else for him. I don’t think he’s the same animal anymore about winning.”

Alright alright. Enough is enough. The throne has been played with to much and I ain’t for horseplay. Ether coming soon! 😁🔥🔥🔥🔥🔥🔥🔥🔥🔥👑 #JamesGang✊🏾

Would Griff have any credibility if he wasn’t in the front office with Lebron on team? Griff for the last 2 years you praised Lebron for buying into the Culture in Cleveland and how professional he was and now your saying it’s inorganic?! Your real problem was Dan Gilbert!!! 💯👊🏾

After the story was released, LBJ and his camp were reportedly “shocked” at the accusations and said more context needed behind his words.

It appears that Giffin might be in a better situations with the Pelicans and is looking forward to building around Zion Williamson and the young core in N.O. and his tenure in Believeland is all behind him.

OS REWIND: LeBron James Is Expected to Be Starting Point Guard for Lakers Next Season