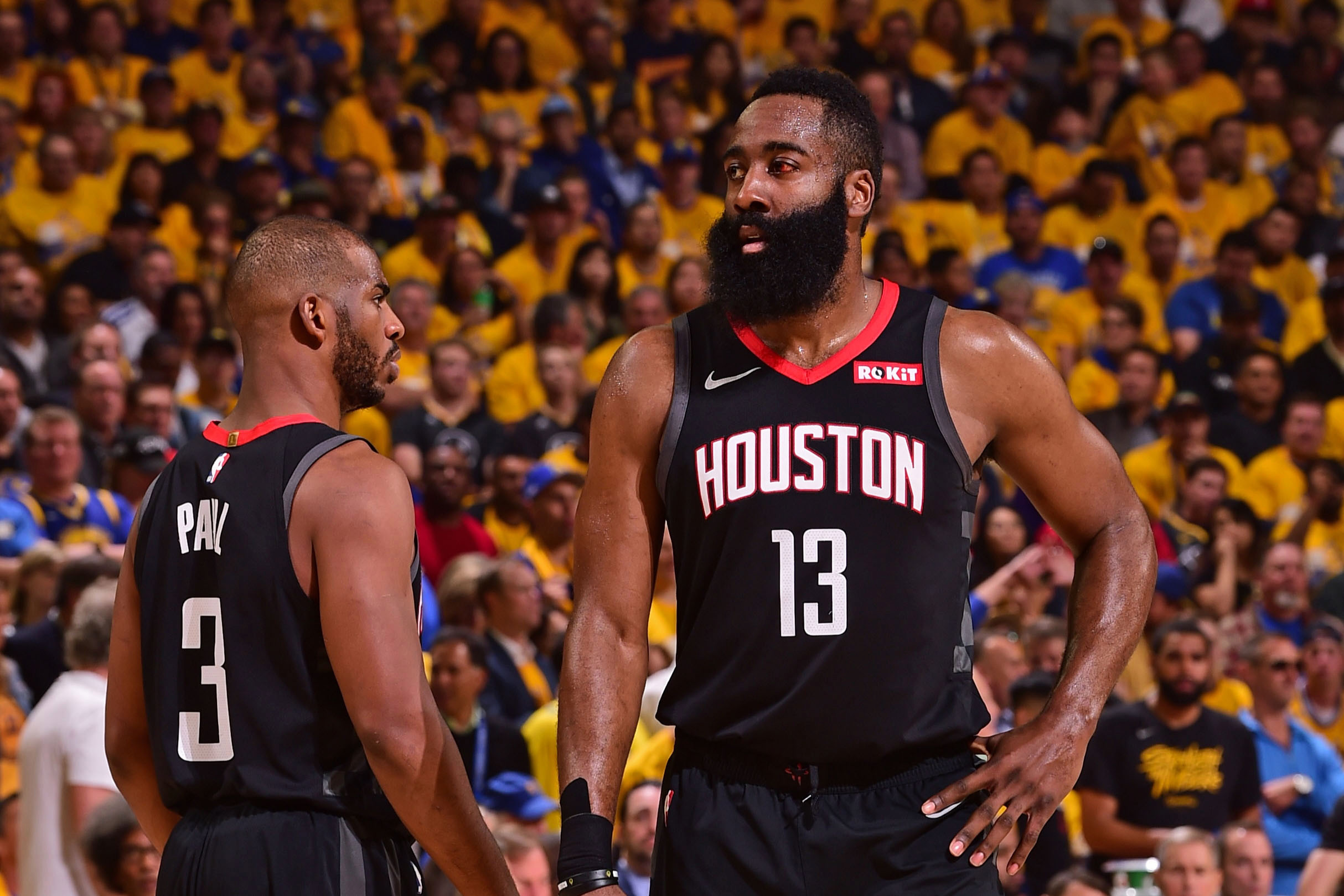 A lot of people thought that this year’s Houston Rockets had the best chance to upset the Golden State Warriors in the semifinals of the playoffs.

The Warriors were without Kevin Durant (who was injured in Game 5), no DeMarcus Cousins and a hurt Andre Iguodala. With the Golden State not at max capacity, Houston had to put their foot in their necks and apply the pressure, but it seemed like the opposite happened. They got routed by the Splash Brothers and Draymond Green and embarrassed in Game 6 on their own home court.

According to Shams Charania of The Athletic, the tension between Harden and Paul was brewing the last few games (and building since the season) thanks to a difference in styles the two wanted out of Mike D’Antoni offense.

“But Harden and Paul had tense moments with one another throughout Game 6, culminating in a verbal back-and-forth postgame that went into the locker room, sources with knowledge of the situation told The Athletic. Sources said the verbal exchange between Harden and Paul was regarding the ball distribution throughout Game 6. By the time the remainder of the locker room was ready to talk, Paul and Harden had gone their separate ways, with Paul swiftly making his way to the postgame podium. The Rockets dispensed with exit interviews this year, so the media hasn’t been able to ask Paul or Harden about the disappointment.”

Considering the two are on the books for the foreseeable future, Coach D’Antoni is going to have to figure this out. CP3 is only getting older and more injury prone and it’s looking like Harden’s window for a championship is closing quickly.

If these two can’t fix this or if the tension carries over into next season, it’s game over for the Rockets as we know it. Some might say it’s already game over.