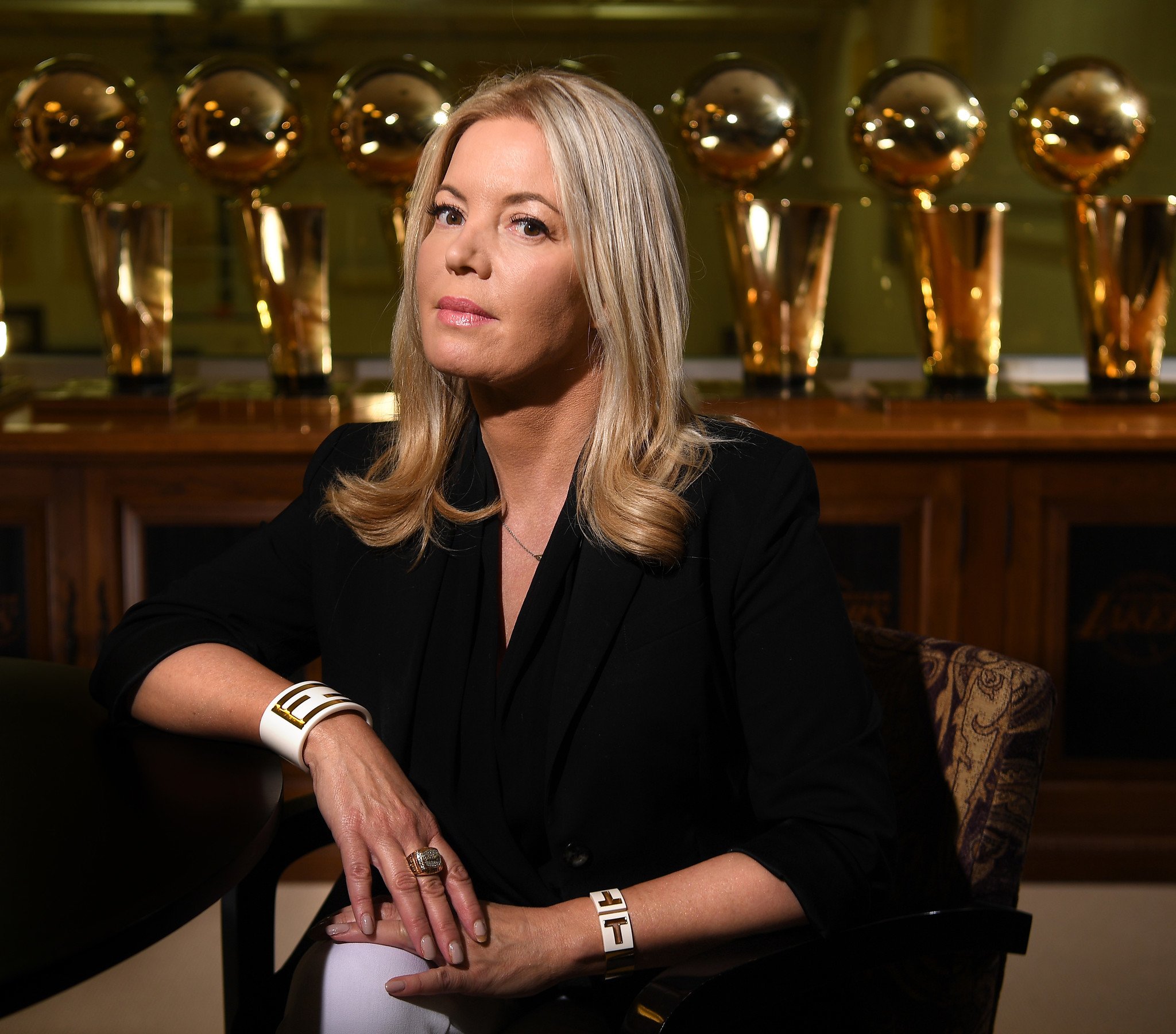 While she’s a fan of Kyrie joining the team, because it’ll get them tons of press and keep the team buzzing for ticket sales; there’s a serious issue going on behind-the-scenes. Unlike Kobe, who’s used to winning with the talent around him and building each year on the court, LeBron is desperate and has no patience for more years without rings.

What he doesn’t know is that rings don’t define a great player, because less than 1% of all players win an NBA Championship. Now, the Brooklyn Nets are trying to include the massive Joe Harris trade with Kyrie Irving, in exchange to take on the expiring contract of Russell Westbrook.

With the Joe Harris contract, the Lakers would be in a worse situation, than with just Westbrook’s deal on the books. This has angered Jeanie, who knows the team will be over the salary cap and will have to pay severe luxury tax penalties. The situation led to her referenced Kobe Bryant, who she says understood the team over self.

In year’s past, we never saw Kobe trying to screw over the franchise for his own self gain and didn’t cry over talent every off-season. We pretty much saw him building with players around him every year until he won championships the right way. This situation with Kyrie is going to get nasty, since he’ll be their new scapegoat in town.

With LeBron, AD and Kyrie playing through injuries over the last two seasons, the team is reluctant to invest their future for veteran players.

I miss KB. He would understand and explain everything that I’m not allowed to. Honestly he was the greatest Laker ever. He understood team over self. Meaning your rewards would come if you valued team goals over your own then everything would fall into place. All can reply.