Since retiring from the game of basketball over 25 years ago, Kareem Abdul-Jabbar has been a public activist in speaking out on race issues, unfair politics and justice. In a recent sit-down with NPR, the NBA Hall-of-Famer opened up on how athletes and people in power can’t be afraid to speak up.

He soon cited how Malcom X, Dr. Martin Luther King and Muhammad Ali influenced his decision to use his star-power in bringing awareness to issues around the world; criticized Michael Jordan for not speaking out on issues like the previously mentioned fellow iconic figures.

Kareem essentially felt that Jordan turned a blind eye on issues regarding violence at his shoe events, including the infamous “Republicans buy sneakers, too” comments.

Take a listen to more from the brief conversation, where he praised LeBron James for wearing his I can’t breathe shirt during pre-game warm-ups last December and more. 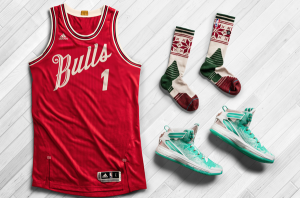 A First Look at the 2016 NBA Christmas Jerseys