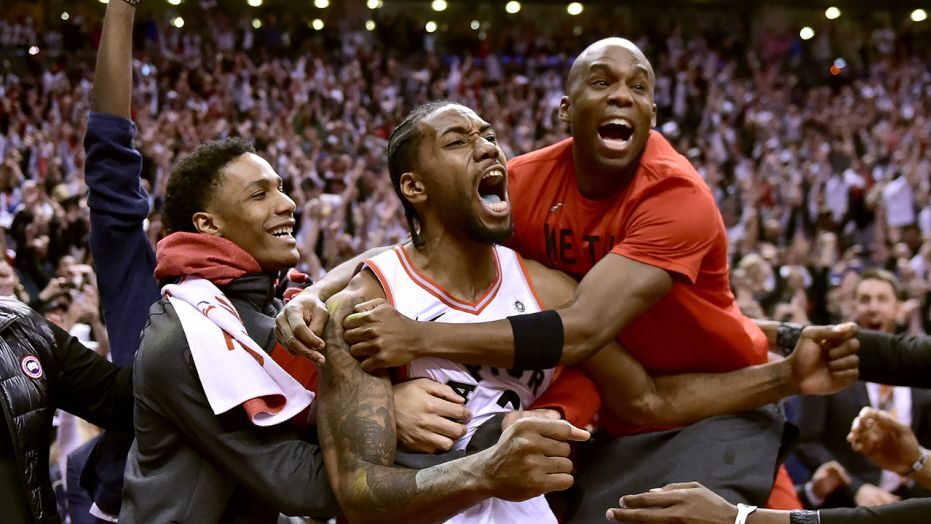 Like if Kawhi Leonard wasn’t carrying enough on his back this NBA Finals, he’s now adding legal cases to his load this season.

After putting the Toronto Raptors on his back and taking the team to the big dance, while trying to decide on his offseason future, reports now say that he is suing Nike for copyright infringement on his KLAW symbol.

According to Matthew Kish of the Portland Business Journal, the We The North superstar filed a federal lawsuit against Nike, claiming that the company copyrighted the logo without his consent. Apparently, he gave them permission to use it in certain merchandise when he was under contract with them, but that expired in September of 2018.

Leonard is now with New Balance and plans to gain the monetary value they’ve gained for his resemblance. Does he have a chance against such a big corporation?

If he wins this and the NBA Finals, the man is a legend.

In related news, both Ramona Shelbourne of ESPN and Henry Abbott of TrueHoops are reporting contradicting information about what Leonard is doing this offseason:

"If the Raptors win, it'll be pretty hard for Kawhi to leave, but I still think he does…. I just think the guy has been pretty clear. He wants to be back home in California." @ramonashelburne to @SedanoESPN & @iamBenLyons on ESPNLA 710 📻 https://t.co/Wda75J3NBi pic.twitter.com/C2kPBmM3a0

We can’t see him leaving Toronto if he happens to win the NBA Finals with the squad, especially with how the entire country has embraced him this season. The organization has done everything in their power to keep him and besides the cold weather, if he really wants to win, there would be no reason for him to leave. They have a good mix of old and young players and could make a run at the title for years to come.