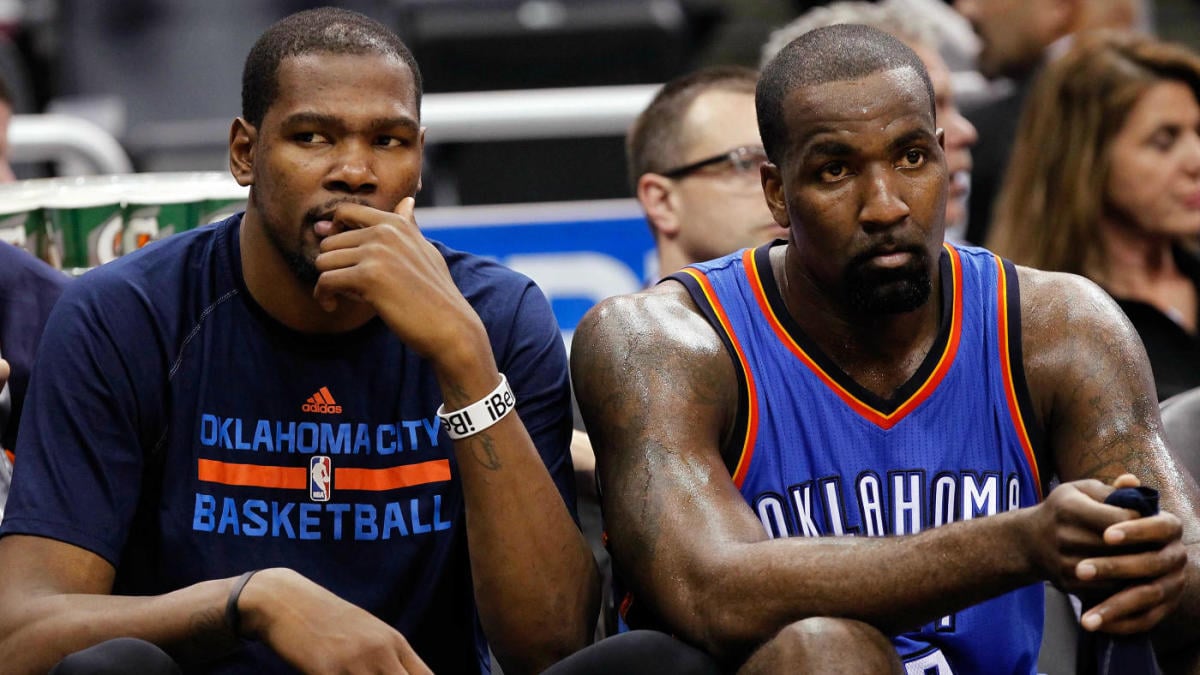 Yesterday, Russell Westbrook made his return to Oklahoma City to a very warm welcome in his new Houston Rockets jersey and there were plenty of people giving their hot takes.

ESPN’s Kendrick Perkins was one of those people, saying Russ is the greatest player to ever wear a Thunder jersey.

In about 30 minutes I’m going to give my opinion on @SportsCenter on why Believe that Russell Westbrook is the best player to have ever put on a Oklahoma City Thunder Jersey!!! He is MR. THUNDER!!!

Of course, one person who didn’t agree with that statement was Kevin Durant, who sees everything online, and threw shots at his former teammate for making such bold claims.

KD lost in the second round without Russ when I was there. So what that mean?

Yea and our starting center @KendrickPerkins averaged a whopping 2 and 3 during that series. U played hard tho champ lol

Boy stop you did the weakest move in NBA History!!! Up on a team 3-1 in the western conference finals and then go join them the following season?! Heart of Champion right there

Weak is starting at center, playing real minutes with no production. Should’ve worked on your skills as much as I did

That’s fine!!! You worked that hard and still had to go join a 73-9 team. Truth be told you don’t even feel like a real Champ, you have hard time sleeping at night huh knowing that you took the coward way out!!!

While the two may have been poking fun at each other online, they certainly delivered low blows. The extent of their relationship now could be strained as a result, but maybe they were talking shit like they normally do, only this time it was for public consumption.

Either way, it’s always funny to see KD in his feelings and respond to everything said about him.