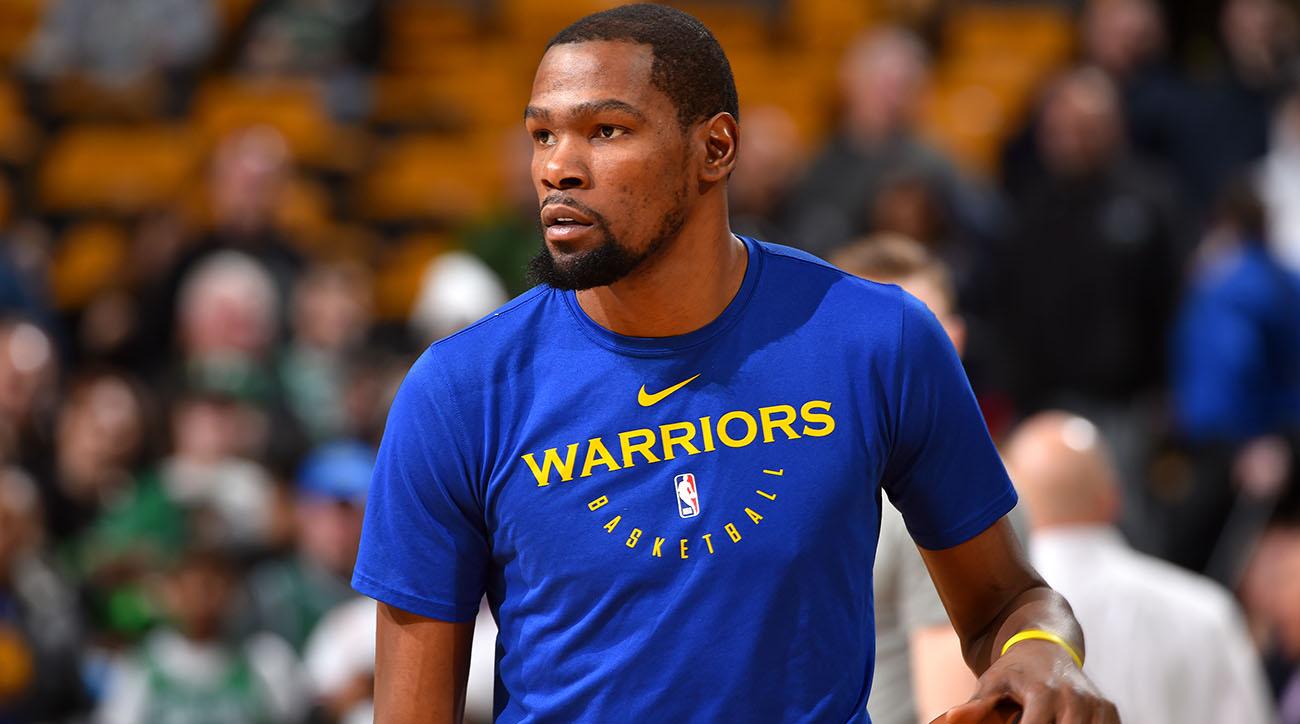 Without Kevin Durant, the Golden State Warriors turned back the clock and went to the old ways of playing, successfully knocking out the Houston Rockets in Texas for Game 6 of the Western Conference Finals. KD was already ruled out for the remainder of that series, but it looks like he’ll be missing even more time with a strained calf.

According to ESPN’s Ramona Shelbourne, Durant will be missing at least Game 1 of the Western Conference Finals against the Portland Trail Blazers and most likely, Game 2 as well.

Kevin Durant is out for at least Game 1 of the WCF, source tells ESPN. He’s not being re-evaluated until Thursday so it’s “unlikely “ he plays Game 2 either.

Though the Splash Brothers took care of business against James Harden, Chris Paul and company in Houston, it might be a tougher task against Damian Lillard and CJ McCollum, who have been in form and playing great as of recently.

Of course, Steph Curry and Klay Thompson are lights out when they are hitting their shots, but with the Warriors depth depleted, it’ll be interesting to see how much gas they have in the tank for this next playoff series. If they can take a 2-0 lead against the Blazers, Durant might rest up for the NBA Finals. If not, Golden State might rush him back prematurely to give themselves a chance to win the series.

Do remember, Curry and Andre Iguodala are battling injuries and the rest of the roster has been trying to pick up the slack for them.

As of now, the Warriors are probably still favored, but their jobs could be easier heading into the NBA Finals if KD was around. If one of the Splash Brothers isn’t knocking down jumpers and the role players aren’t contributing, Portland has a good chance of making this series interesting.