Could a LeBron James for Ben Simmons Trade Be a Legit Possibility? 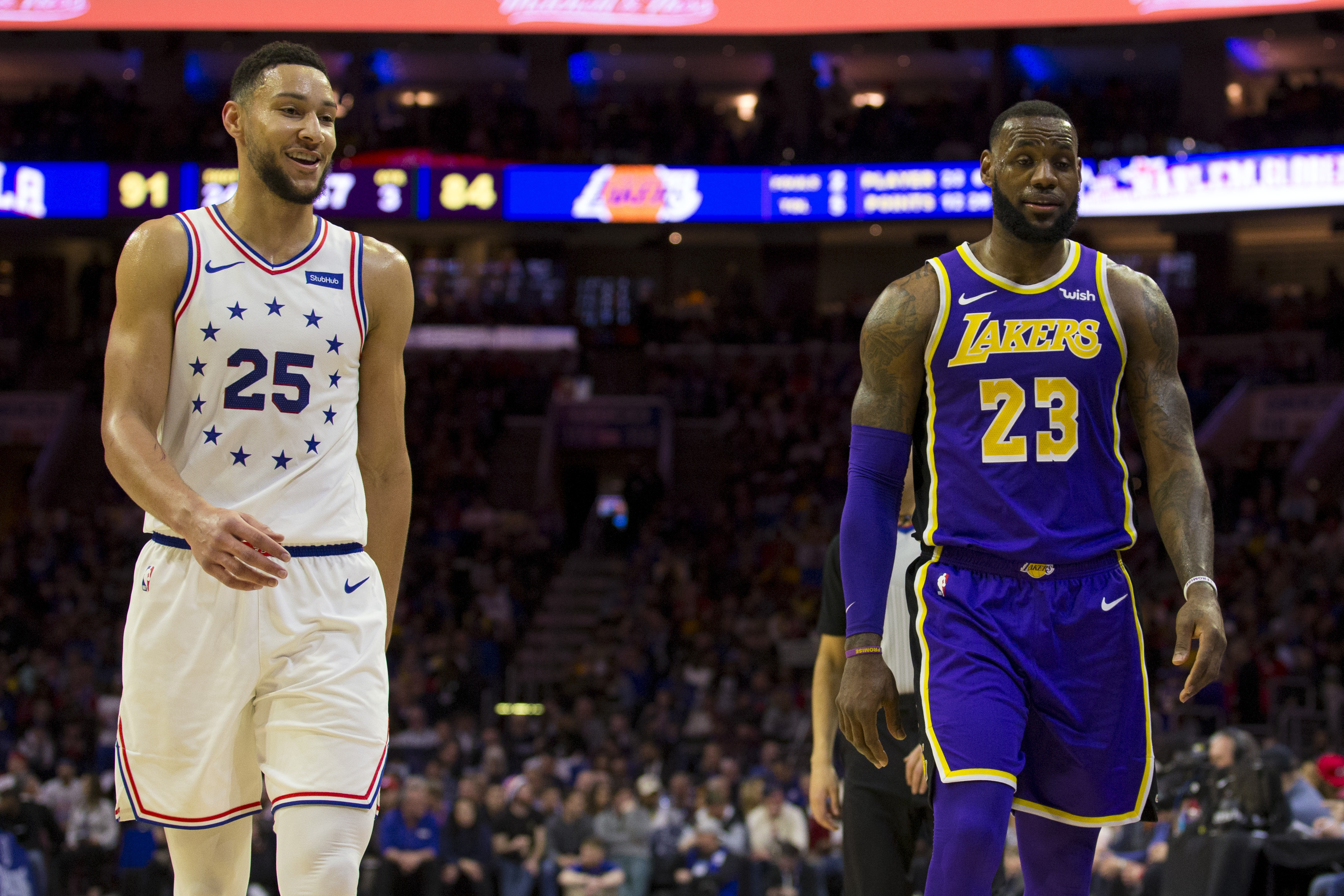 The Philadelphia 76ers underachieved this season, especially when the organization went all in on Jimmy Butler and Tobias Harris in trades. The team expected to have a great chance to make the NBA Finals and those goals were shattered by a shot in Game 7 that Kawhi Leonard drained at the buzzer.

Throughout the course of the series, NBA pundits have been asking if Ben Simmons and Joel Embiid are even a good fit for the long term and if it’s worth keeping both or building around one, since their games don’t exactly fit.

Depending on how management wants to move forward with them (and resigning Butler and/or Harris), the Sixers are in a predicament.

NBC Sports‘ Tom Haberstroh recently posed the question of a LeBron James and Ben Simmons trade possibility, saying the executives around the league could see it happening. Not only because the Los Angeles Lakers are going through their own turmoil, but because it could be beneficial for both sides.

Plus, the two sides are represented by Klutch Sports.

The only thing it would take to finesse would be the contract of of James, because Simmons makes so little. The Sixers would have to package a max-level player to trade for LeBron, though it could be tricky if it were Harris or Butler.

Realistically, this may not actually go down, but it makes sense.

A team with LBJ, Embiid and either Harris or Butler could make some waves out in the Eastern Conference and Simmons could pair well with the young squad the Lake Show have put together as they continue to develop. Ben would still have to work on his shot, but him and Lonzo Ball as playmakers with Kyle Kuzma and Brandon Ingram carrying the offense could be dangerous in a few seasons.