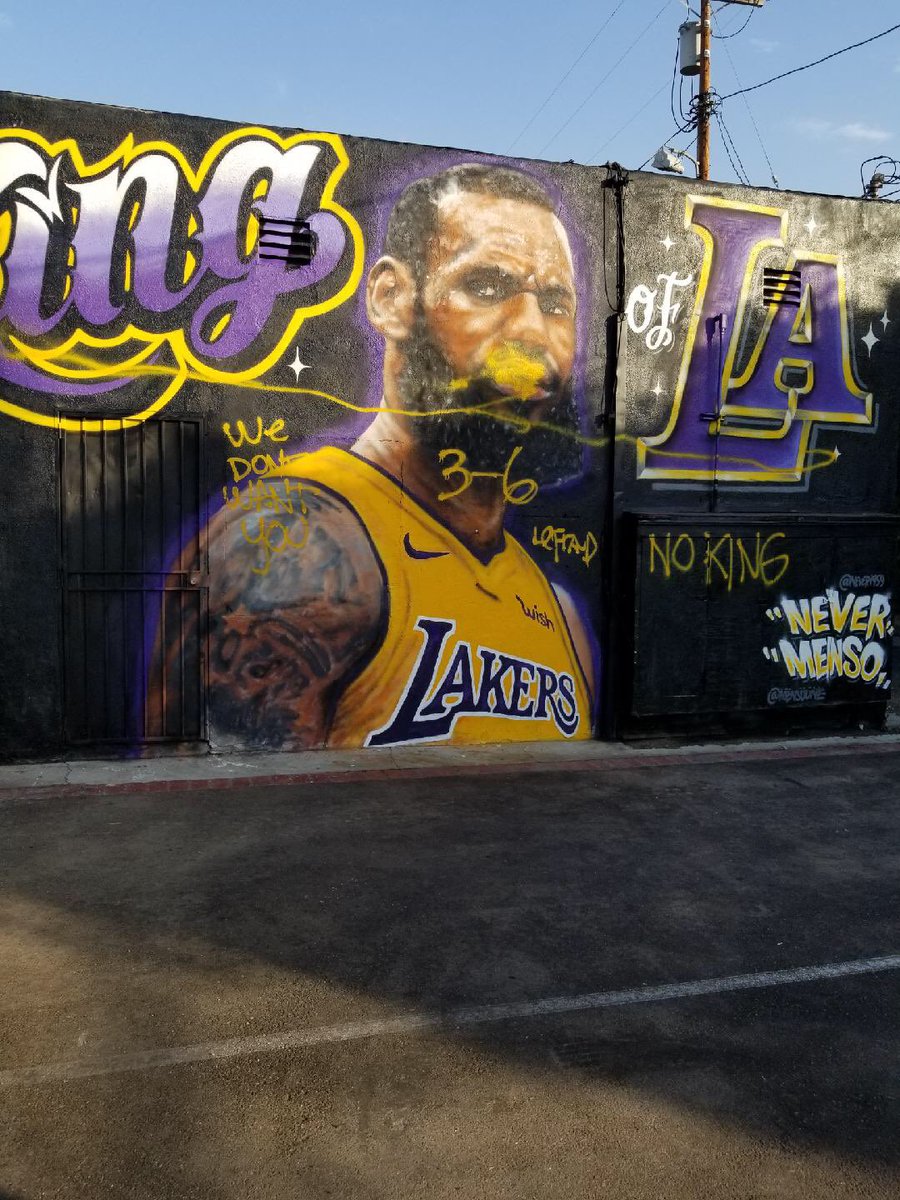 Over the weekend, a freshly painted mural of LeBron James on the Los Angeles Lakers was vandalized because not everyone is excited he’s in that purple and gold.

The mural was written over with phrases like “No King,” “3-6,” “LeFraud” and “We don’t want you” across it, against his joining the storied L.A. franchise. It wasn’t long before the pics surfaced online and the mural was fixed. 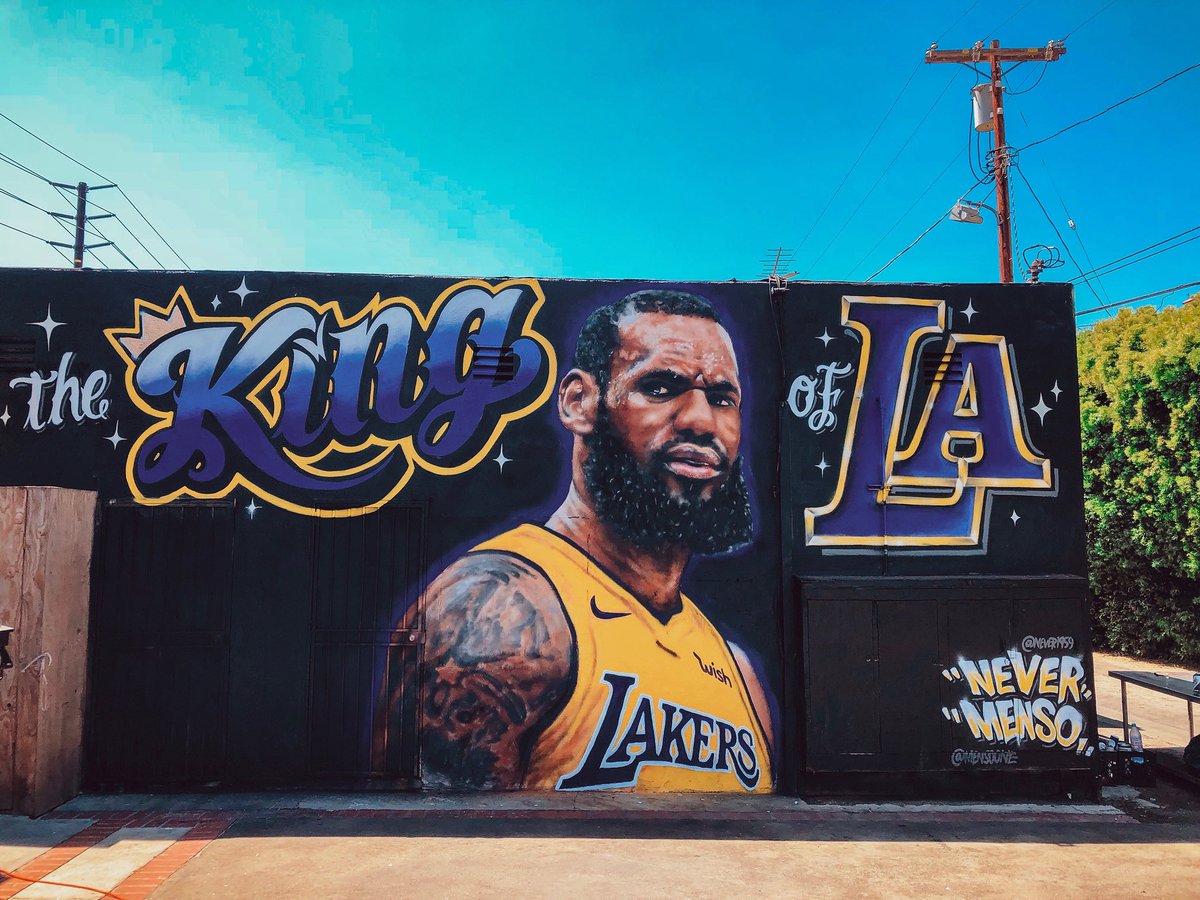 Regardless of what side of the fence you stand on, his signing was made official today, as Klutch Sports posted on their social media accounts, the King signing a contract with general manager Rob Pelinka.

LeBron gear is hitting the shelves at the Team LA store in Staples Center. pic.twitter.com/g7CncVdDFR

It’s a new era in Los Angeles and there’s going to be a love/hate relationship with LBJ in Southern California moving forward.

UPDATE: The mural has been taken down because of continued vandalism.

Good news guys, the artist who painted the Lebron Mural in LA was actually the one who painted over it (@never1959)

#BREAKING: This is the video of vandal defacing @KingJames mural at stroke of midnight this am in #Venice. Video from @BabyBluesBBQ surveillance cam. @Lakers @NBCLA. pic.twitter.com/gNPeUrF8fW