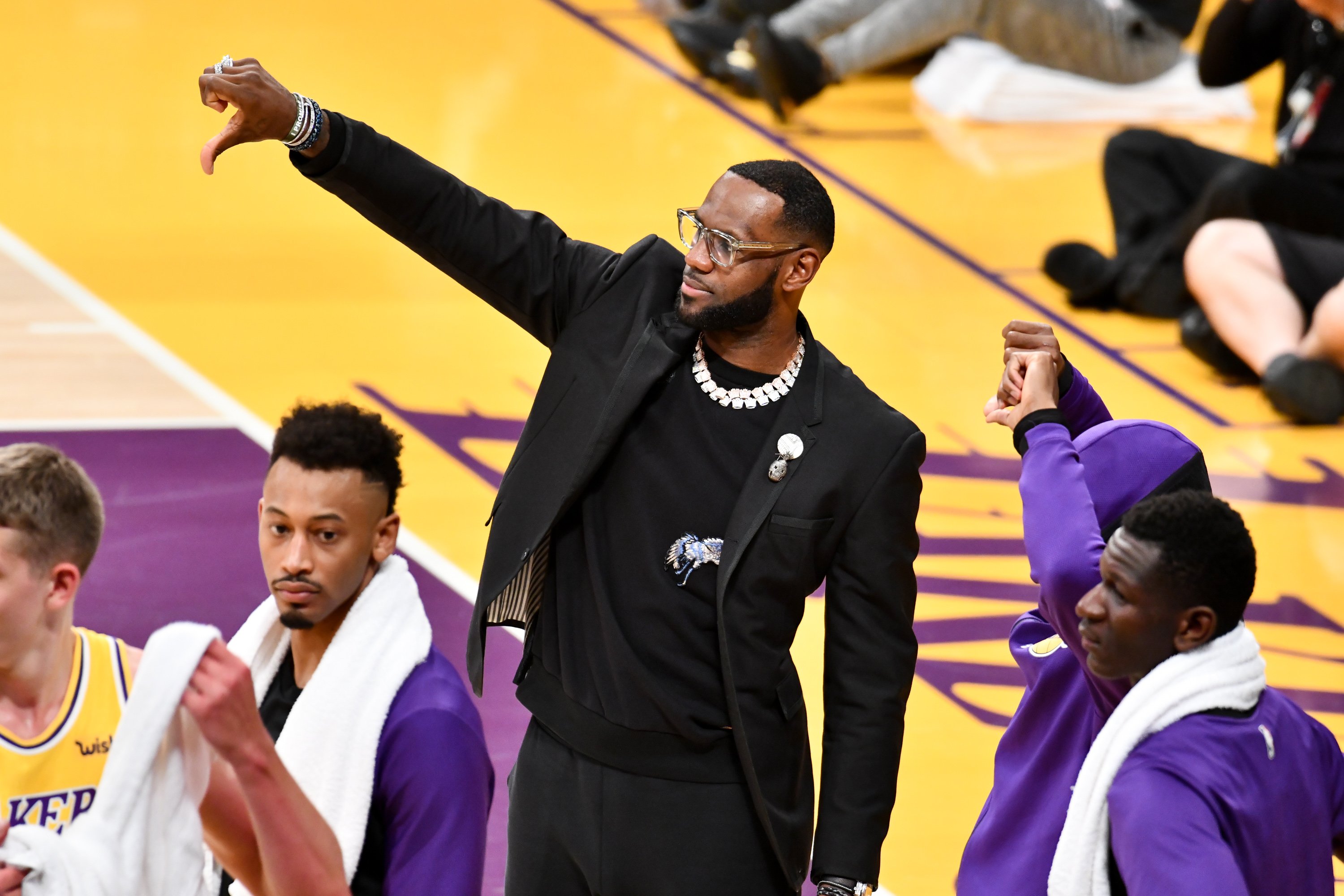 In last night’s NBA Finals game between the Toronto Raptors and Golden State Warriors, Kyle Lowry went flying to the crowd when he was trying to save the ball and an incident occurred. A fan happened to push Lowry and exchange a few words while he was getting up. This immediately set off Kyle, who complained to the refs over what happened.

He talked to Scott Van Pelt on SportsCenter after the game to talk about what happened, as well as his huge Game 3 to beat the Warriors:

Today, the fan was identified as Mark Stevens, a Warriors minority investor. Golden State has released a statement concerning his behavior and have said that he will not be attending the rest of the NBA Finals, with the league and organization investigating exactly what happened.

Someone who reacted to the news was LeBron James, who said that this type of behavior should not be allowed and the fact that he’s a part-owner, he should know better.

He also said the NBA Finals would have changed dramatically if Lowry would have reacted and been suspended, or something else would have happened. In his IG post, he’s demanding for action by the league so this doesn’t happen again.

🗣There’s absolutely no place in our BEAUTIFUL game for that AT ALL. There’s so many issues here. When you sit courtside you absolutely know what comes with being on the floor and if you don’t know it’s on the back on the ticket itself that states the guidelines. But he himself being a fan but more importantly PART-OWNER of the Warriors knew exactly what he was doing which was so uncalled for. He knew the rules more than just the average person sitting watching the game courtside so for that Something needs to be done ASAP! A swift action for his actions. Just think to yourself, what if @kyle_lowry7 would have reacted and put his hands back on him. You guys would be going CRAZY!! Calling for him to damn near be put in jail let alone being suspended for the rest of the Finals all because he was protected himself. I’ve been quite throughout the whole NBA playoffs watching every game (haven’t missed one) but after I saw what I saw last night, took time to let it manifest into my thinking 🧢 I couldn’t and wouldn’t be quiet on this! #ProtectThePlayers #PrivilegeAintWelcomeHere

UPDATE: Stevens, the Warriors minority owner has been fined $500K and banned for an entire year for his actions against Lowry in Game 3 of the NBA Finals.

The NBA AND the Warriors have banned Mark Stevens for 1 year & fined him $500k for shoving Kyle Lowry last night. pic.twitter.com/Csqwi2Lb7Q