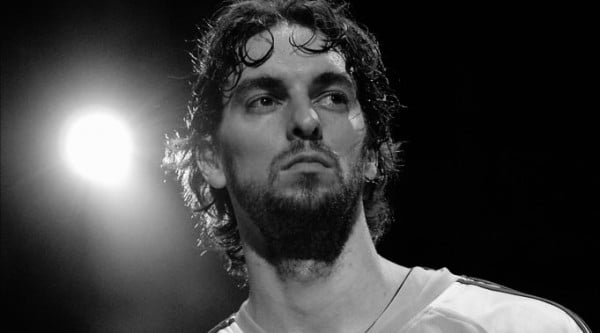 Laker no more, Gasol hangs up the purple and gold to join the Chicago Bulls.

Longtime veteran, Pau Gasol has finally left the Los Angeles Lakers after 6 years to join the defensive fierce Chicago Bulls. Gasol leaves behind friend Kobe Byrant, where the two achieved two back-to-back titles in 2009-10. Chicago was unable to obtain a last-minute trade for the expensive contract of Carlo Boozer, which will likely lead to the team of releasing him through amnesty to clear up $16.8 million this upcoming season.

Gasol was being heavily pursued by the San Antonio Spurs, Oklahoma City Thunder, Miami Heat, but decided to join the second best coach in the NBA, Tom Thibodeau. Pau will now join a strong front-court in the likes of Joakim Noah and Taj Gibson as well as the return of Derrick Rose, who will be looking to stay healthy after missing the last two consecutive seasons.

It hasn't been easy. After meditating it a lot I've chosen to play with the Chicago Bulls. Looking forward to this new chapter of my career

Last season, he averaged 17 points and 10 boards, but was hindered with injuries as well as Mike D’Antonio never being able to properly incorporate him into his system, or lack thereof. This came just minutes after Carmelo Anthony decided on returning to the New York Knicks with a maximum contract. Prior to deciding on finally leaving, Los Angeles had teased trading him over multiple years including the infamous Chris Paul trade which was rescinded by David Stern last second. He now finally leaves under his owns terms at the age of 34, with a few more productive seasons still in tact.