Originally, fans of Drake were expecting his interview with Zane Lowe to begin at 10:00pm last night. However, listeners grew restless with the show starting over an hour late, as Apple Music quietly rolled out his VIEWS album to Apple Music and iTunes before the festivities began.

In the 70-minute conversation, the 6-God touched on taking a different route this time around – in comparison to providing the usual club and hot records he did in more recent years. Drizzy said it was important for him to leave fans with a cohesive listening experience – and even cited Alabama Shakes and Stevie Wonder as his main inspirations for the project.

He also talked the infamous Hot 97 Freestyle, where he was seen on camera reading verses from his phone on promo run. At the time, he was trying to fit into New York elements; but realized a few years later that his hometown of Toronto had become the new trendsetters of North American music. Before things ended, he spoke on why JAY Z and Kanye West’s verse were left off from the album version of “Pop Style.” Originally, Drake revealed that he and Yeezy were working on a mixtape together and intended for the track to only be delivered to his Chicago mate.

“I just ended up going with my version of [“Pop Style”]. Jay didn’t really do a verse [laughs]. Really, I was trying to get ’Ye on it at first, and ’Ye just sent it to me like that. Like, Yo, Jay just kind of did my first few lines for me, and he was just here, and that’s how we flexed it. It was cool, you know, and he was excited about it: Yo, put the Throne, it’ll be a crazy moment. I mean, of course, people want to hear Jay Z rap, right? So hearing him do two lines might be frustrating to a certain audience.

I was just having [a] conversation with Kanye, and that landed in my lap. So I dealt with it accordingly, and it didn’t exactly play out how I would’ve wanted it to, as far as business or whatever goes, so I figured it would be easier to go with my version. I’ve expressed my admiration and respect for Jay countless times; that’ll never change. Sometimes we just fall on opposite ends of the spectrum when it comes to the rap world, and again, it’s always mutual respect, but sometimes it has to be from afar.

However, the captain of OVO was surprised when an unwanted verse from HOV appeared and still released the record as a street single. We’re assuming due to affiliations within the Roc Nation brand Jigga currently manages (not Tidal vs. Apple), this caused Drizzy to removed himself from the situation – but went to credit both legends as people who he looked up to.

Listen to more from the interview, where he opens up on not having a communication line with Nicki Minaj and releasing even more music before his Summer Sixteen Tour begins.

“I don’t really talk to Nicki. Again, another person that I have a lot of love for and a lot of respect, not only for our past and how much work and time we put in, but even just the way she dealt with the situation [regarding Birdman and Lil Wayne] at hand. I understand what love is, and I understand a personal situation. She dealt with me how I would expect her to, which was with class, and I could only ever do the same. There were points in time where I was waiting to see like, how is this going to go, how deep is your love, you know? You gotta ask yourself that. I always have respect and love for Nicki, and unfortunately we haven’t spoke, but it is what it is, even if we don’t speak, she knows what it is, it’s always love.” 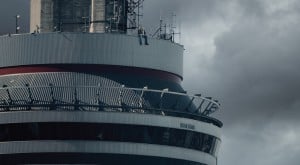