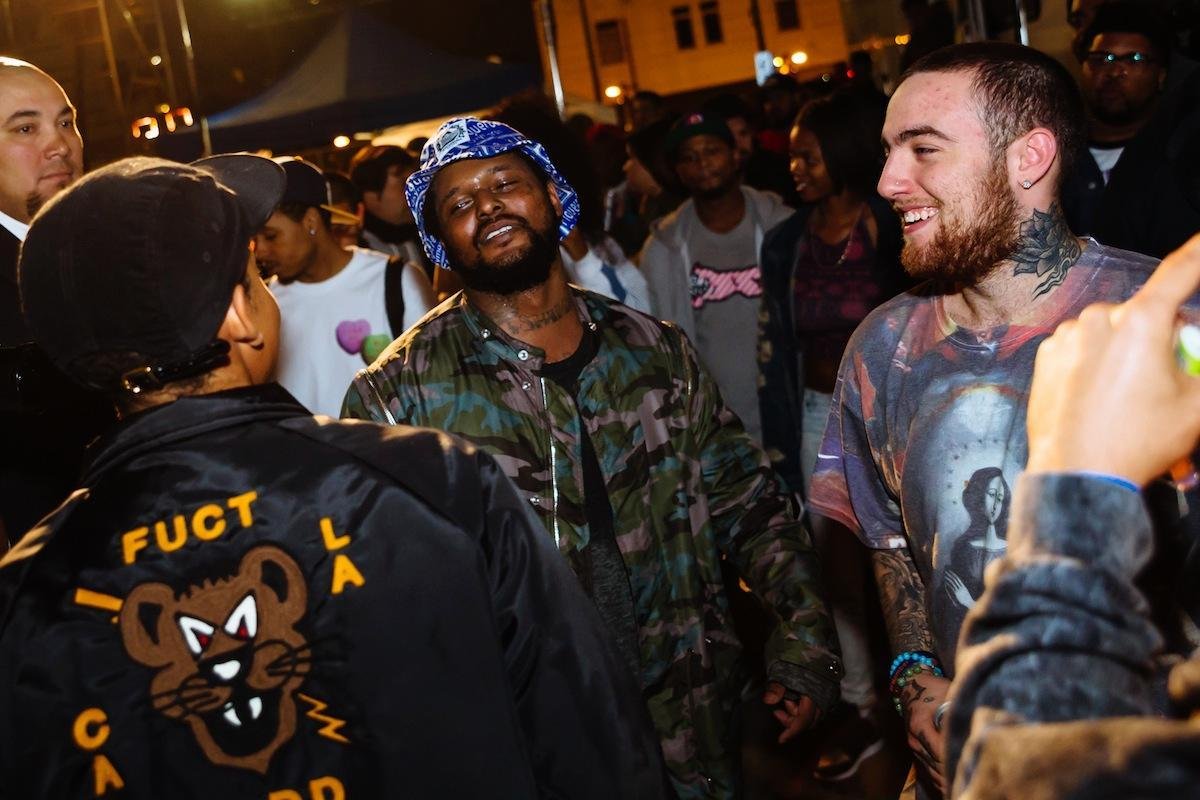 It’s a good day for ScHoolboy Q, as he releases his new album CrasH Talk. It’s also bittersweet because throughout the past few months, he has lost two people close to home in Mac Miller and Nipsey Hussle. Though he’s shied away from talking about Mac in public and through interviews, he opens up about how he feels by honoring both through his album booklet.

For Miller, he said thanks and feels at peace based on the last conversation the two had.

For Nip, he admits he didn’t have much of a relationship with him but had the ultimate respect for what he did for his community and the city. Though the two are from rival gangs, Hussle always carried himself with respect towards Q whenever they did see each other and he will never forget. He also vouches to give back to the community like Nipsey did and feels forever changed by him after his passing.

Go listen to the new Groovy Q album if you haven’t already. There’s definitely some slappers on there and joints you will blast this weekend and beyond. 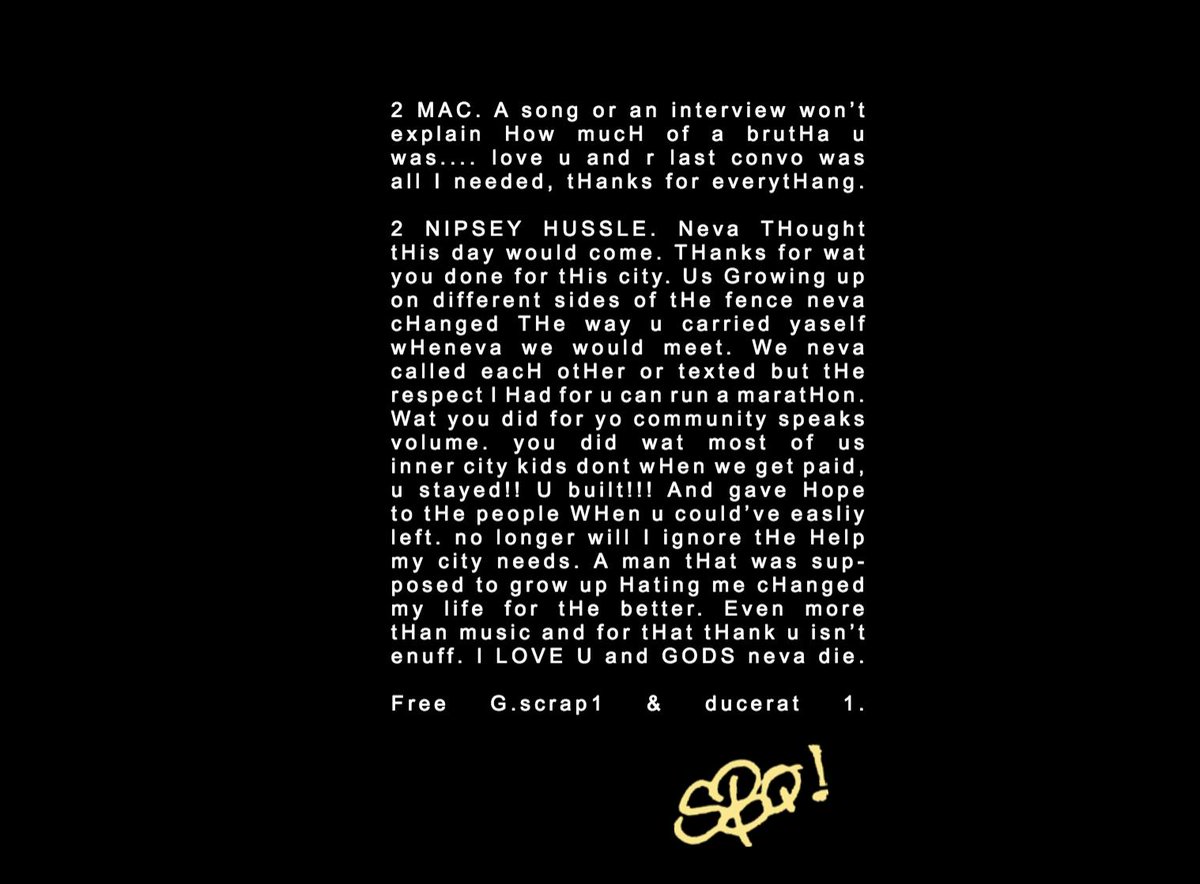