Getting rid of DeMar DeRozan for an upgrade in the league’s best two-way player (best overall in our in opinion), has won the Toronto Raptors this year’s biggest off-season power move. For the last two years, the Raptors, with OVO court side, have had high hopes after 50-win seasons.

Last year, the team finished with the best overall record in the eastern conference, and second best behind only the champion Golden State Warriors. With DeMar improving his jumper, many picked the Raptors to win the east, due to injuries of stars on the Boston Celtics.

But, as usual, DeFRozan made another signature appearance, leading to a rare benching in the fourth quarter of their last series in game 3. He sadly scored a combined 21 points, in the final two games of their 4-0 loss to the Cleveland Cavaliers. Even after firing the 2018 NBA Coach of the Year, Dwane Casey, the team’s only problem has EVER been DeMar DeRozan in the playoffs.

So, as all of you should know, the Spurs pulled the trigger on their trade involving Kawhi Leonard and DeMar DeRozan. For whatever reason, the experts on TV believe this is an awful deal for the Toronto Raptors, who are of the assumption that Kawhi is going to leave next summer.

Well, the new owner of the Raptors is looking to win and wants to spend big money, regardless if it’s with Leonard or not. Considering he’s in a contract year and everyone witnessing what happened to Isaiah Thomas – Leonard will be playing desperate to not ruin his money.

Given that severity of his career being in jeopardy, we doubt the team will have to worry about him going cold in the post-season. This season, the Raptors will be positioned to challenge Boston in the conference finals and now are a legitimate threat.

With nobody choking on the team, Leonard should become quickly fond of his backcourt defenders Kyle Lowry, Danny Green (past teammate), and second-year rising player, OG Anunoby.

Just remember, this is the same team from last year, WITH FUCKING UPGRADES; so we’re trying to understand the logic why anybody would think this is a bad move. Say, if Kawhi still leaves the Raptors to team up with LeBron James on the Lakers – he’ll be walking away $50 million dollars. That’s before California income tax, and missing out on the tax break he’ll get for staying.

But, here’s the actual reason why Toronto won. After getting DeRozan off their books and if Kawhi leaves, they’ll be able to sign another max-player next summer. Anybody will be able to get the Canadian tax break and become the face of that franchise.

What’s hilarious is that teams hate coming to Toronto, because of the long-distance travel – which is why they rarely lose at home. The Raptors will still be able to offer Kawhi a 5-year max at $190 million, as other teams will only be able to put 4-years at $141 million.

While the NBA has become pointless, with the Golden State Warriors likely to repeat again; we’ll be paying attention to the exciting LeBron-less east playoffs next spring. 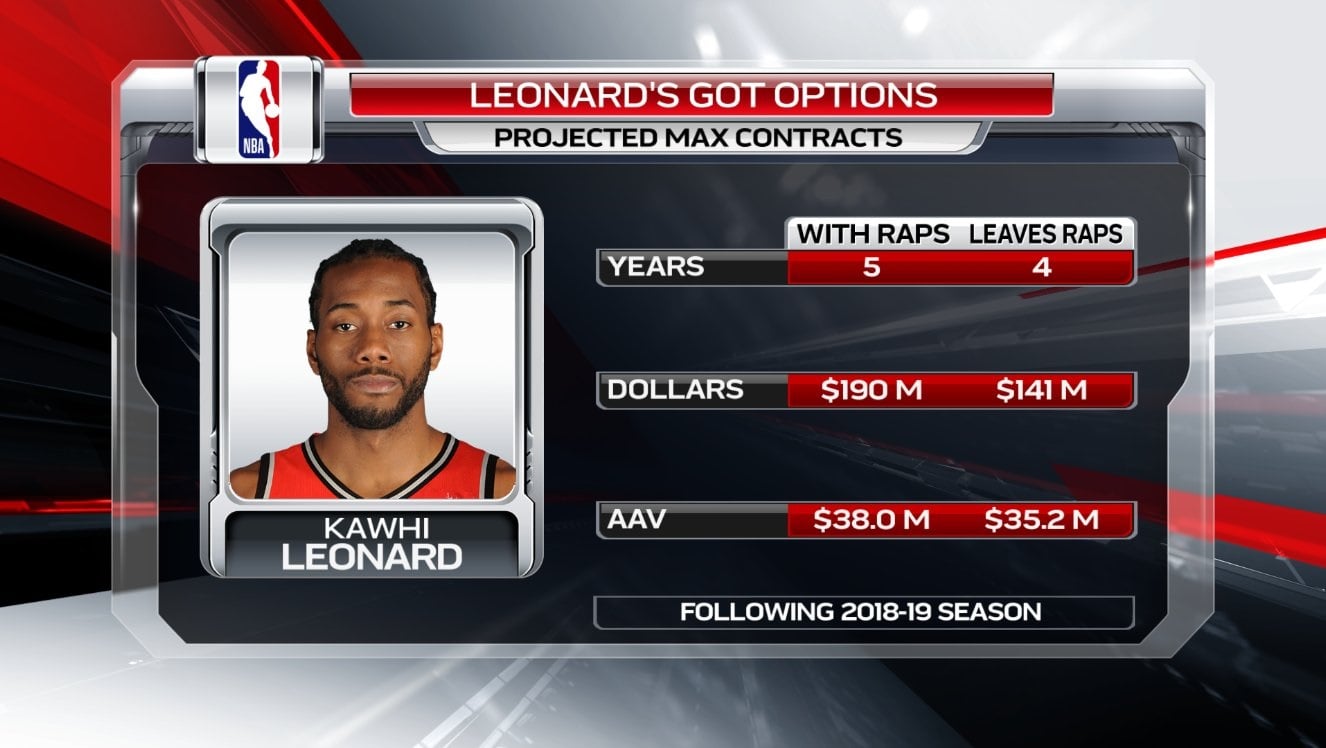