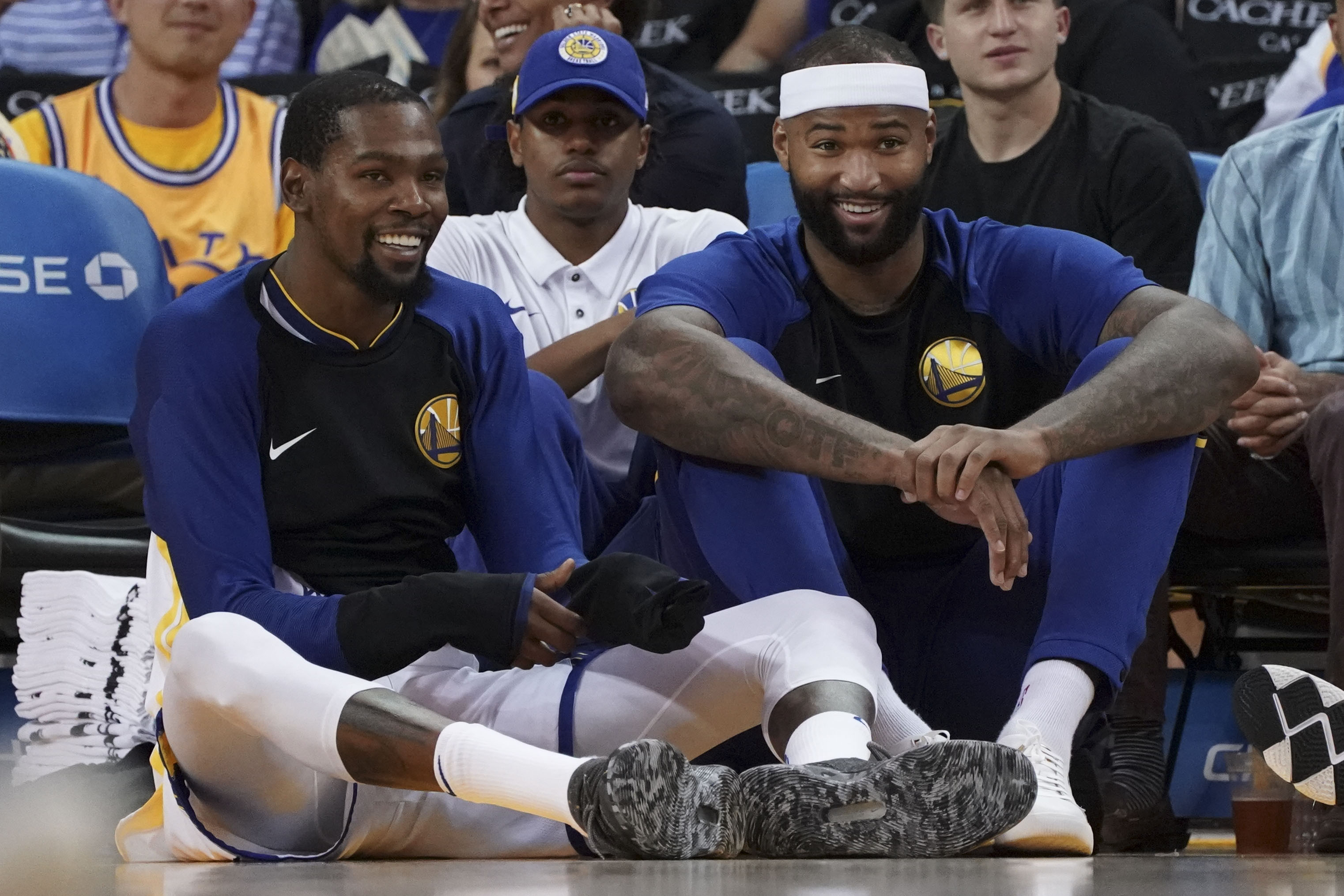 As of right now, the Golden State Warriors are enjoying all the rest they can get after sweeping the Portland Trail Blazers in the Western Conference Finals.

Unfortunately, even with all of these days off, Kevin Durant and DeMarcus Cousins are unlikely to return to the team for the start of the NBA Finals. KD is currently recovering from a right calf strain, while Boogie has been nursing a torn quad, which happened in the first round of the postseason.

As far as Durant, Coach Steve Kerr hopes he returns at some point during the series. Cousins’ status is more “up in the air” according to the team.

Demarcus participated in his first full practice since his injury against the Los Angeles Clippers, so his likelihood of returning seems a little better. One thing he need to work on some more, is his conditioning.

The good news for the Warriors is that Andre Iguodala is expected to return for Game 1 of the NBA Finals after missing games with a calf injury.

Either way, the squad has been doing quite well without them so far, but it’ll be tougher against either the Milwaukee Bucks or Toronto Raptors.