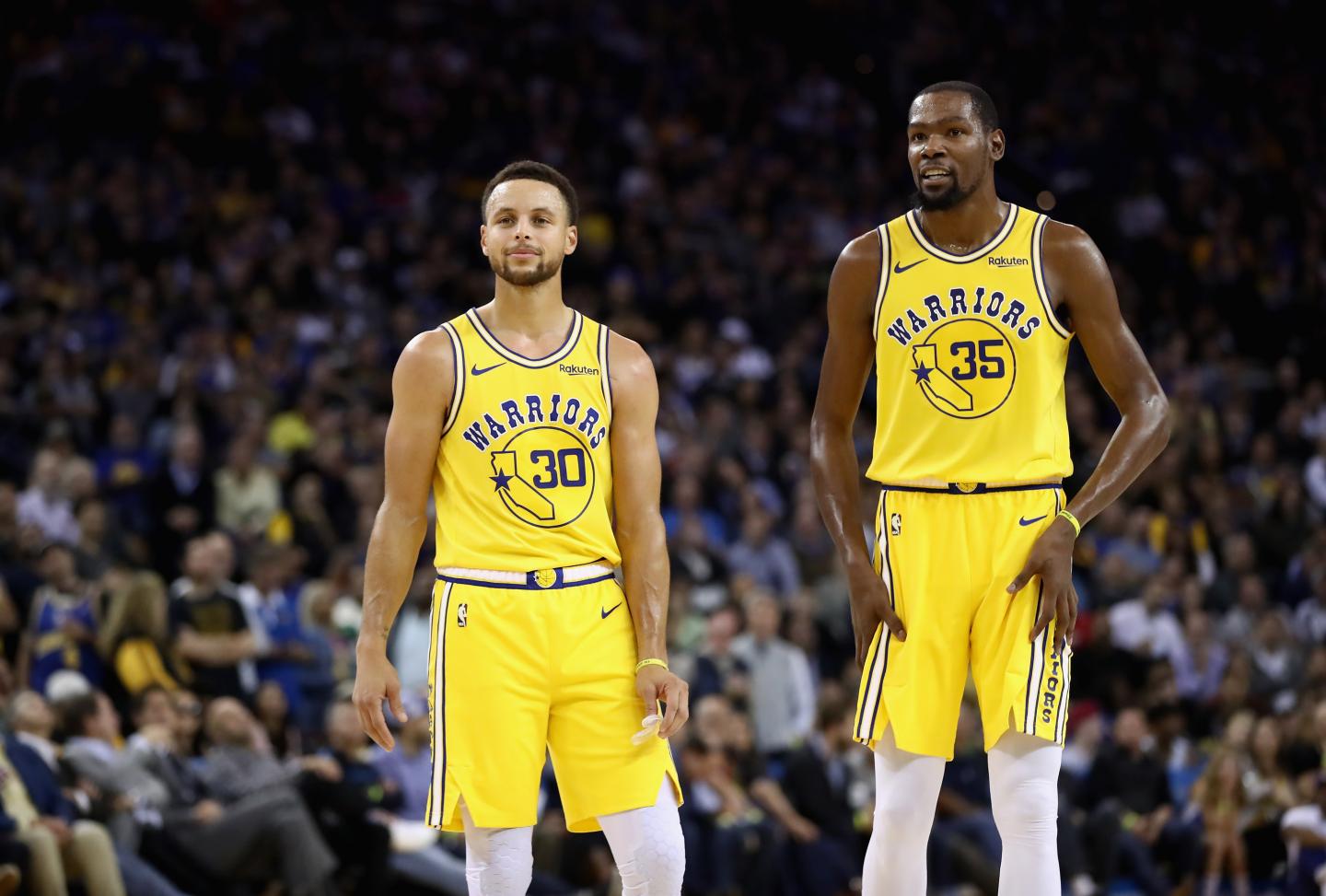 The Golden State Warriors are taking on the Portland Trail Blazers in Game 4 of the Western Conference Finals tonight, but the player not playing in the game is making headlines, and not because of news of his injury or comeback.

Kevin Durant is back on social media clapping back at media journalists for their hot takes and this time, his wrath went at Chris Broussard.

On FOX Sports Radio, Broussard said there are players across the NBA that think there is an asterisk on his championships and that his worst nightmare is currently happening: the Warriors winning a championship without him.

KD saw it and clapped back:

I see a little exaggeration there buddy, my worst nightmare?? U sure that this is the worst that it can get???

U right, lemme chill before my sensitivity flare up. u real one bro!!🙏🏾 https://t.co/0hwc0K3Vfh

It’s comedic to see Durant respond to fans and even Broussard, considering he’s arguably the best player in the entire league and he should not let these comments get to him. But it just shows how much the public perception and other people’s opinions still affect him.

At least he didn’t respond on his burner accounts, though. Right?

UPDATE: Durant is still out here going hard at Broussard, this time saying he’s lying about having his number and talking to him.

I won’t expose them out of respect 4 KD & others I text with.

I will continue to love, respect & pray for KD – & objectively analyze his game. pic.twitter.com/PBJwG67YKa

OS REWIND: Kevin Durant Is “Not Close” to Coming Back for the Warriors
OS REWIND: An Insider’s Look at the Kevin Durant & Demarcus Cousins’ Injury Situation with Golden State