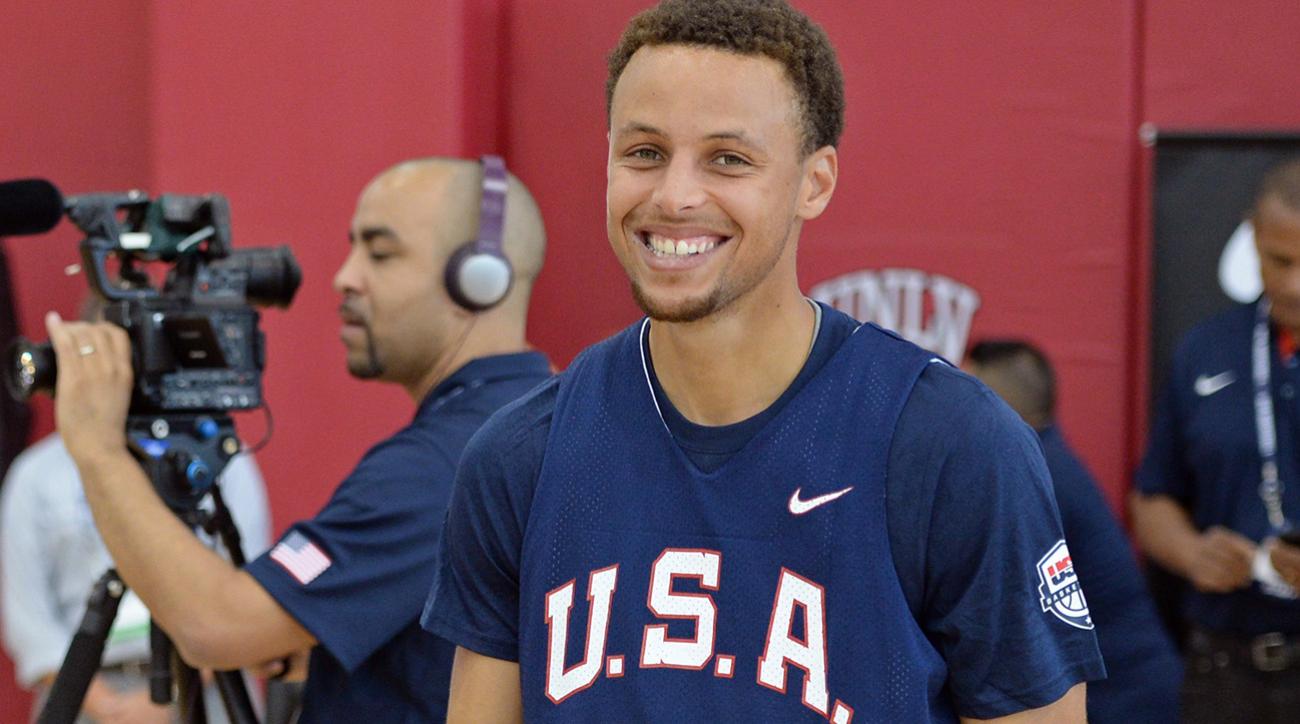 Team USA just finished a horrible FIBA World Cup run where they were beaten by France in the quarterfinal and then Serbia right after.

While nobody expected Team USA to lose like that at the tournament, there are greater expectations for the 2020 Olympics in Tokyo. There were plenty of players that dropped out of this past roster, leaving guys like Donovan Mitchell, Jayson Tatum, and Kemba Walker to lead the team.

One name that is already throwing his hat in the ring for the Tokyo Olympics: Steph Curry. The Golden State Warriors star point guard spoke to Rachel Nichols about the upcoming games and what it means to him to play for Team USA.

“That is the plan, for sure. You know, obviously knock on wood, you don’t want any injuries or things like that to interfere. [I] definitely wanna go. I’ve never been on the Olympic team. I’ve been on two World Cup championship gold-medal teams. But the Olympics is the experience that I want. And next year will hopefully be it.

If we get the guys that are supposed to be there, in terms of, you know, representing us in the Olympic stage and the commitment’s been there, and I think it’ll be there next year.”

Hopefully he’s not the only and the United States can represent the country with some great talent, so we don’t suffer the disappointment we did in the FIBA World Cup.

In related news, Curry also spoke on Kevin Durant and how he felt about being “accepted” as part of the team in his last interview with the Wall Street Journal:

“I mean, that’s tough. There’s so many narratives that go on, especially when you’re at the top of the league. No matter how, you know, the full transition happens to Brooklyn, him separating himself from the Warriors — that’s gonna happen. I think he knows, you know, what we were about as teammates, what we were about as friends on and off the court. And again, nobody is gonna take away the accomplishments we had. But at the end of the day, whatever he, you know, needed to do to make that decision and however he wants to explain that — that’s just what’s gonna happen.”

Watch the full interview with The Jump‘s Nichols above.