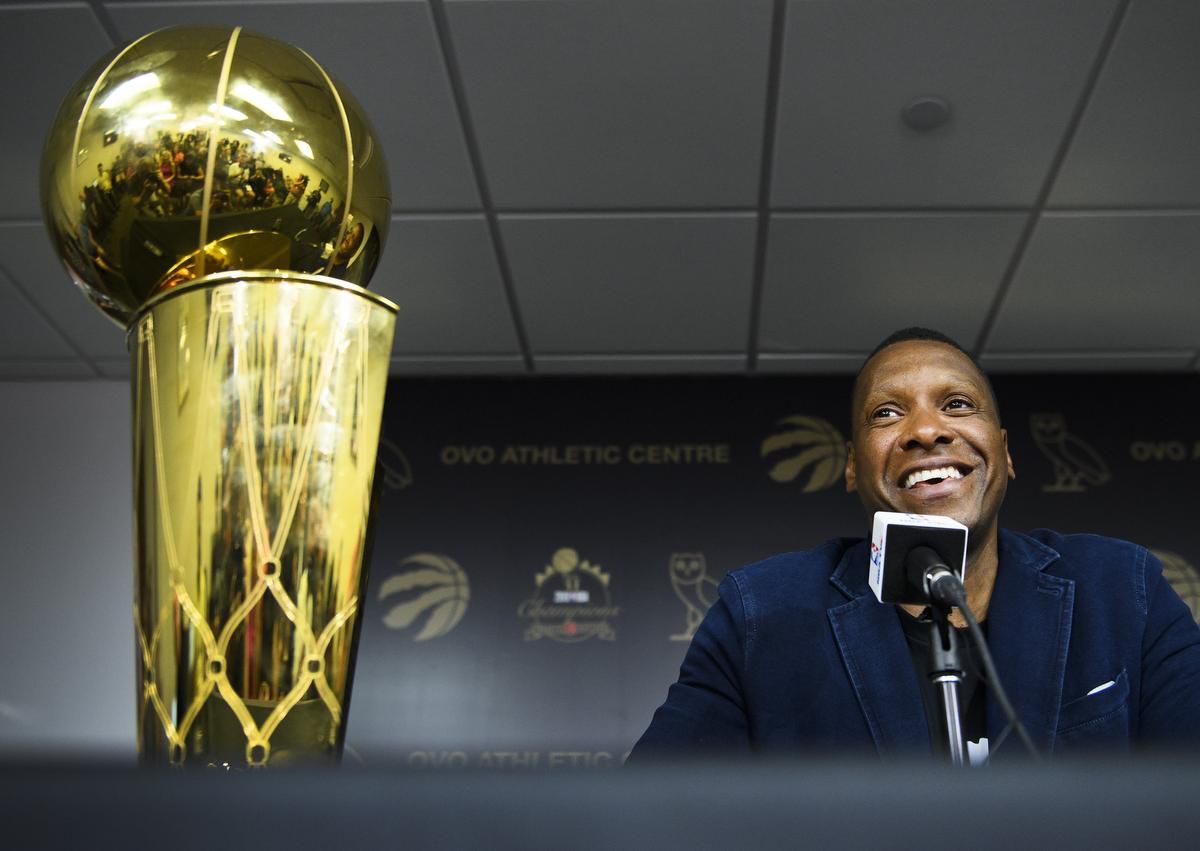 While some would say the Toronto Raptors were one of the losers of NBA Free Agency, Masai Ujiri has hope for next season with the players they have now.

A deal with Drake and OVO Records, a championship or anything anybody in the city offered was not enough to keep Kawhi Leonard, as he packs his bags for Los Angeles to play alongside Paul George and the Clippers.

According to TSN, when meeting with the Raps this offseason, Uncle Dennis made some “unreasonable” requests that the team could not meet. The outlet also says that the team was in talks to trade for Paul George but not Russell Westbrook, and those conversations never even got to the highest officials in the organizations.

According to sources close to the team, most knew he had his eyes on the Clippers the whole time, because they had the assets to do what he wanted.

“Honestly, it’s on to the next. This is the NBA and this is how it works. I always say there’s no time to go out and cry. You can’t hide under the table and cry. Honestly, I’ve lost no sleep. I’m not disappointed. It’s on to what’s next. I’m telling Raptors fans and everybody, don’t lose one day of sleep, one second of sleep. We’re going to be just fine. We’re going to be all right.”

When asked if Kawhi was being straight up during negotiations, he paused and said he was. But it felt like he needed more people when he said it. He was certainly insinuated that his uncle was the one playing dirty.

“I know what we’re dealing with here and I appreciate what the process was. I know free agency, I know how it works. It’s not my first rodeo. You know things are going to go up and down. This was a different kind of free agency. It was high stakes and we understood that.”

Masai Ujiri on if Kawhi was upfront with them throughout the whole process then pauses to corrects himself: "I think he was… (pause) Kawhi was." pic.twitter.com/qm1OE74iJM

We the North should not be disappointed because they’re running the team back with new pieces Stanley Johnson and Rondae Hollis-Jefferson.

They still have a squad to compete in the Eastern Conference.